Kuso really wanted to show us the plantation during this trip. The previous post showed the small plantation that is just a short walk from their house. This is their big plantation. I was just amazed at how thick and green everything is. And that they don't get lost. I was SO twisted around as we drove there. 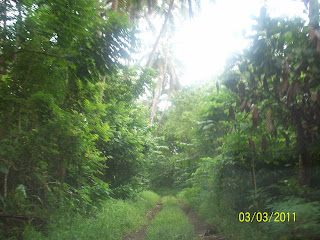 Above: this is the road leading toward the plantation.
Most of these pictures just show the thick, green, jungle. 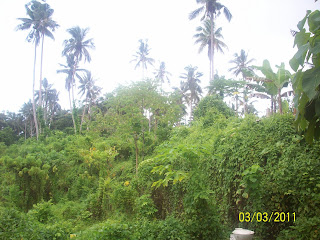 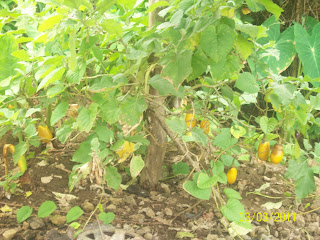 Above: Eggplant - Kuso's favorite
Below: Super Mom coming back with a bunch of bananas. Those suckers are heavy. She chopped them with that big knife, then carried them back (with ease) from deep inside those trees. Amazing. 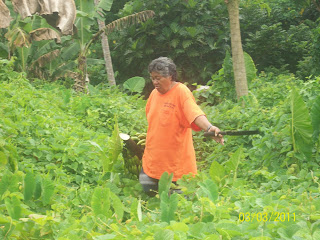 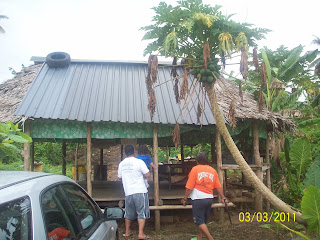 This is the house where Kuso's brother and wife stay when they come to the plantation. They used to sleep there for most of the time, but now Atonio has an old truck that takes them back and forth, so they don't spend many nights there anymore. 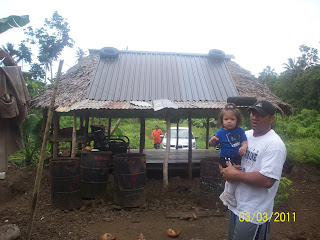 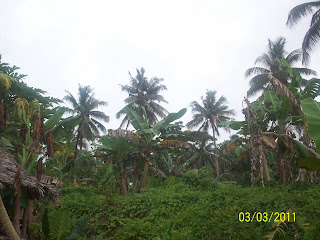 I started to follow Kuso down one of the paths just to see how deep the plantation goes. I had to go back. The mosquitoes were ridiculous and I was being eaten alive. Made me wonder if Survivor provides their contestants with insect repellent because there is no way those little white girls spent that much time on this same island and didn't get eaten alive. NO way. 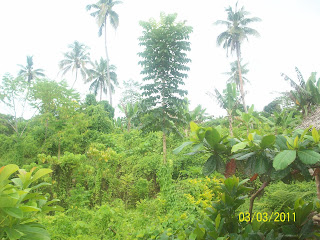 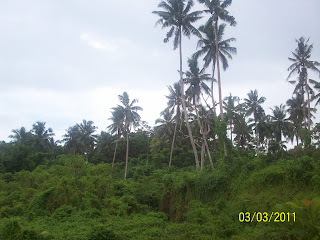 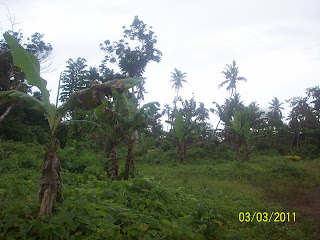 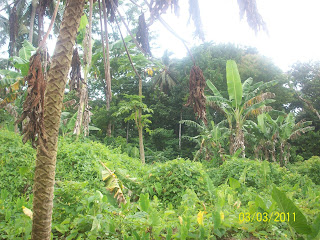 This is the toilet. Yep, just out in the open. But who is going to see you? I'm not sure it's working...but I didn't want to get close enough to see. 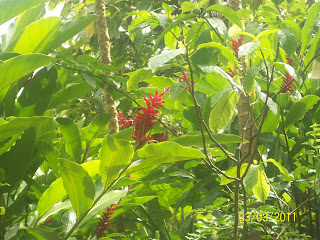 This is the Teuila plant. This is a very special plant...not sure the meaning or the reason, but every September they have a Teuila festival, named after this plant. It is so pretty.
Just imagine...Kuso's cousins used to live not very far from this area. They used to WALK ALL the way through this thick, green, jungle to the main road to catch the bus to go to school. It took us an easy 20 minutes driving to get there from Kuso's house. Then the school is another 20+ minute DRIVE in the opposite direction once you get to the main road. Imagine how long these kids spent walking just to get to school. I'm not much of a girlie girl, but I think life growing up there could have been rough...especially for those families that have houses a long distance off the main roads where the buses can help get you to where you want to go.
Posted by Lisa & Aukuso