Before we went to Samoa, we had sent a box down with a bunch of items to help the family. Since we were sending the box early, we decided to send a few items in the box that would make our stay in Samoa easier. Kuso sent a bunch of his clothes he would wear (since it was winter here, no need to use them before then) and we sent a TON of stuff for Leila. Swimming gear, diapers, wipes, water, juice, snacks, blankets, bug spray, etc. WELL...the box got held up in American Samoa because one of the boxes was found to have illegal items in it.
The third day of our trip, we went into town to find out about the box. We found out it would be delivered (anticipated) just a few days after we were scheduled to leave. SO, that meant we had to spend a LOT of money buying water, juice, snacks, diapers, wipes, bug spray, etc in Samoa. (not cheap...) So when we got back from our trip to town, we went to the small plantation just a short walk from their house. Kuso wanted to get some coconuts to put in the freezer so we would have some cold drink later. 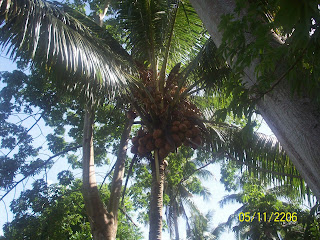 I just love coconut trees. They are so pretty, and so simple. I love them. 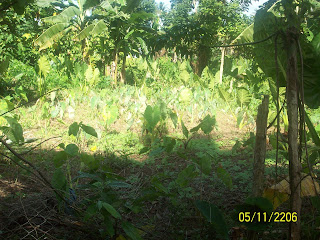 This is Levi's taro plantation that he recently planted. 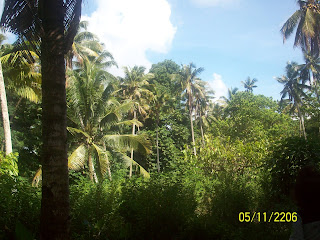 Just some fun pictures to show how thick the "jungle" is. It is so green everywhere you turn. 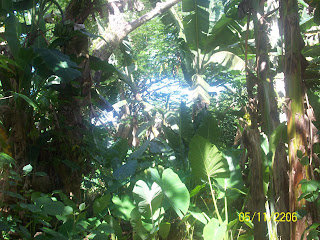 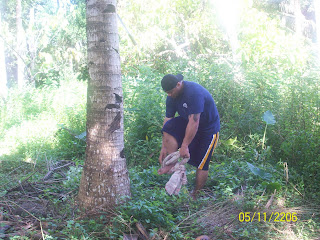 Above: Kuso getting ready to climb a coconut tree for the first time in almost 4 years. My brother challenged him that he didn't think he could do it anymore. Well, he did. But, let's just say that his feet are somewhat "Americanized" as his feet were sore for the next day or two. (Playing volleyball on the concrete later in bare feet or flimsy slippers didn't help either.) It also uses WAY different muscles than we use on a daily basis. It was a little harder for him, but he could still do it. I LOVE watching him climb.

Below: Almost to the top. 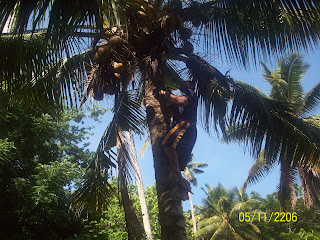 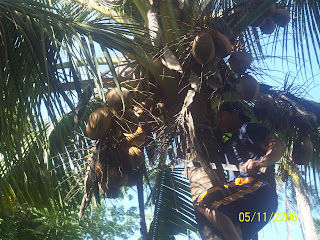 Above: Kuso with his long knife ready to chop down some coconuts.

Below: Leila snuggling with grandma. So sweet. 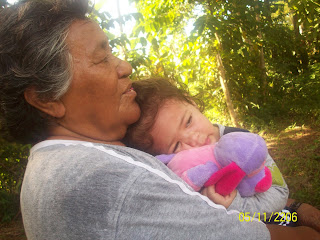