The End of Rugby Season

Kuso has been playing rugby with the Vikings all summer. They ended the season by playing in the tournament put on during the Tongan Festival. Despite several injuries, most of them minor, Aukuso and his team were able to take 3rd place for the entire tournament! 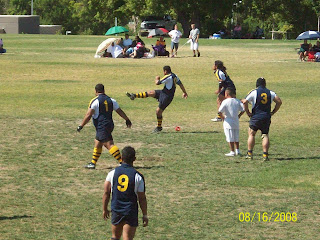 Kuso kicking for a field goal 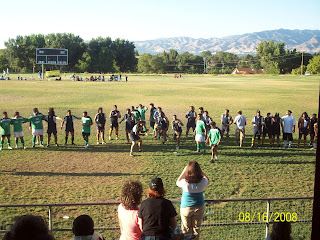 After the end of the game, both teams line up and take a bow for the fans.
Today, they decided to dance. That is Aukuso's brother-in-law, Toetu, leading the group.

Although I complain about sitting on wooden bleachers all day, and worrying about Kuso getting hurt, I have learned to enjoy the game. Dare I say, "I LOVE RUGBY"? 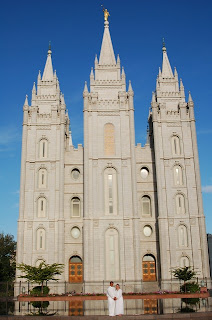 On Saturday August 9, 2008, Aukuso and I went to the Salt Lake Temple to be sealed for time and eternity. Now we are stuck together forever!!! Our ceremony was at 7 am which meant we had to be there by 5:45 am! Several of our friends and family were able to join us and to thank them for getting up so early on a Saturday morning, we took everyone to the breakfast bar at JB's! 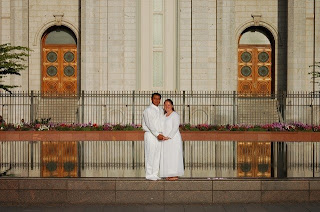 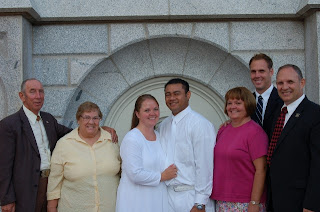 My side of the Family 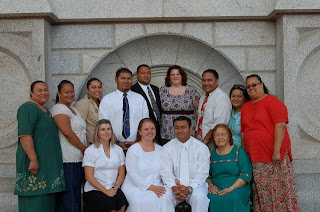 His side of the Family 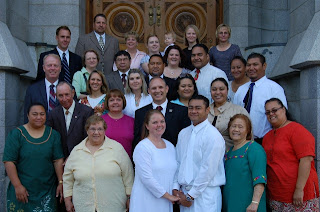 Everyone that was there that morning 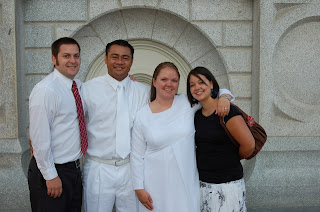 Danny and Kim Boyer - my "unofficial photographer" and good friend. I have adopted her and her sister Maile as my sisters and their kids as my nieces and nephews. 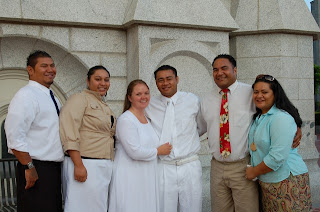 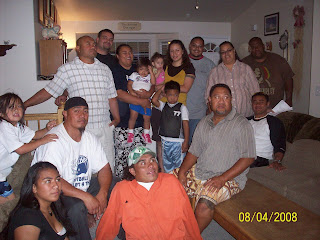 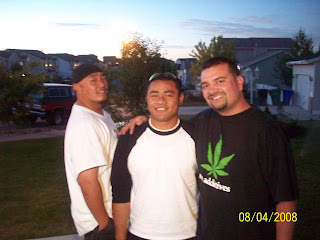 On Sunday and Monday August 3-4 we were able to spend time with some of Kuso's cousins from California. We didn't do much more than eat and talk, but that was entertainment enough. It was a good excuse to spend time with some of his family here as well. Kuso was WAY excited to see his cousin Roman. Hey ladies!.....he is single! (he's the one on the right.) Let me know if you want a hook up! We are in the process of planning a reunion in SLC next summer, so he'll be back.
Posted by Lisa & Aukuso 2 comments: 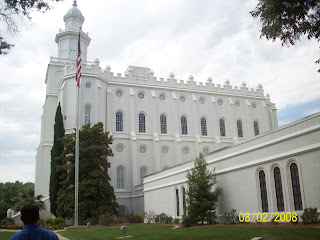 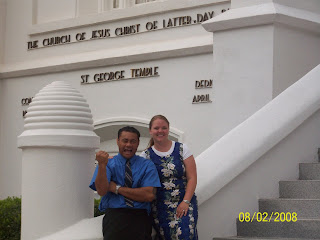 On Saturday August 2nd, Aukuos and I went with my mom and uncle Craig to attend a session at the St. George temple. It was a great reminder of what I had committed to earlier in the week. And I was excited to see the inside of the temple because the outside is one of my favorite temples! Aukuso ran into a couple of people he knew from his village back in the island and from one of the Samoan wards here in SLC.
Posted by Lisa & Aukuso No comments: 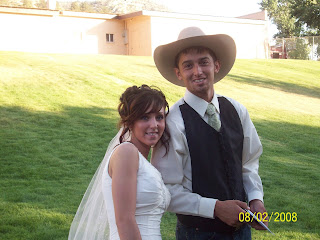 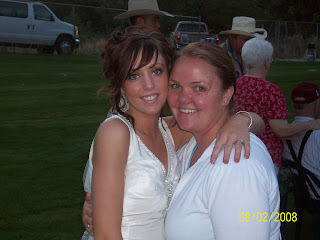 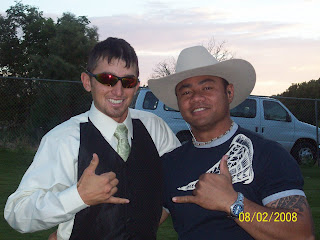 On Thusday Aukuso and I went to St. George to go to my cousin Ashley's wedding. She got married in the afternoon on Friday August 1st. She was a gorgeous bride as you can see. On Saturday we went to Orderville, UT for a reception from the grooms hometown. If you are wondering where in the world is Orderville.....you are right....it's in the middle of nowhere Utah. The "townsfolk" had some curious looks when Gus got out of the car! But by the end of the evening, Gus had turned into a little bit of a cowboy...but only for a picture!
Posted by Lisa & Aukuso 1 comment: 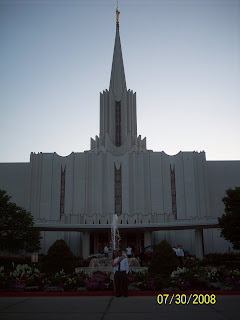 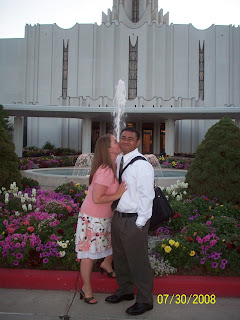 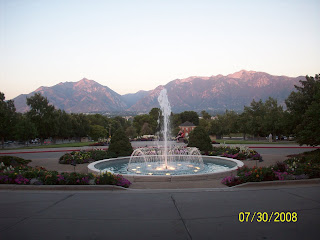 On July 30, 2008, Iwas able to enter into the Jordan River Temple to receive my Endowments. For any of you that don't understand what that means, it's a pretty big deal in my church. It was a very special experience. My husband, parents, brother, and sister-in-laws were there with me. These pics were taken outside after the session was over. The last picture is the view of the valley from the temple doors. I loved it!
Posted by Lisa & Aukuso No comments:
Newer Posts Older Posts Home
Subscribe to: Posts (Atom)