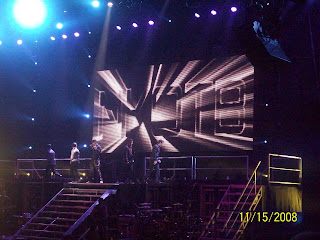 Saturday November 15, 2008...was the coolest and/or the lamest thing I've ever done. Take it for what it is. Yes, I went to the New Kids on the Block reunion tour. Yes. I paid money to see the old men sing and dance.

Despite the notable bad hair dye jobs, lame dance moves, and wrinkles on their faces that DEFINITELY were not there 20 years ago, the boys still put on a good show. Kapeka said it best, "I can listen, but I can't watch." They sounded great. Maybe they should invest in dance doubles to make the visual part of the show more appeasing. 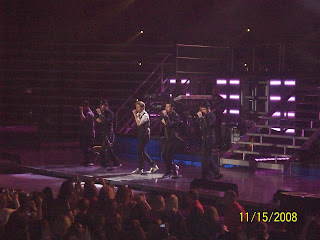 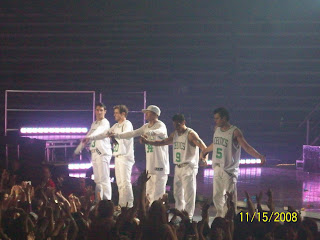 Left to Right Above
Jon, Joey, Donnie, Danny, Jordan
Yes. I still know all their names. True fans do. 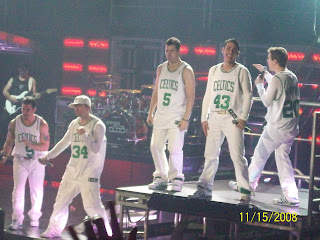 We had awesome seats. I hardly had to zoom to get this pic.
See #43? That's Jon. I was pretty sure I was going to marry him when I was younger.
Now, he is old with a bad dye job.
My brother said he hated me a little bit for going to the concert.
Hate me if you will, but hate is also a form of ENVY!!!???!!!
Posted by Lisa & Aukuso

Sweet! I actually never got "into" NKOTB, but looks like fun. :) Did Mel go with you too?